You are here: Home / Newsletter / IBM is Forging Ahead 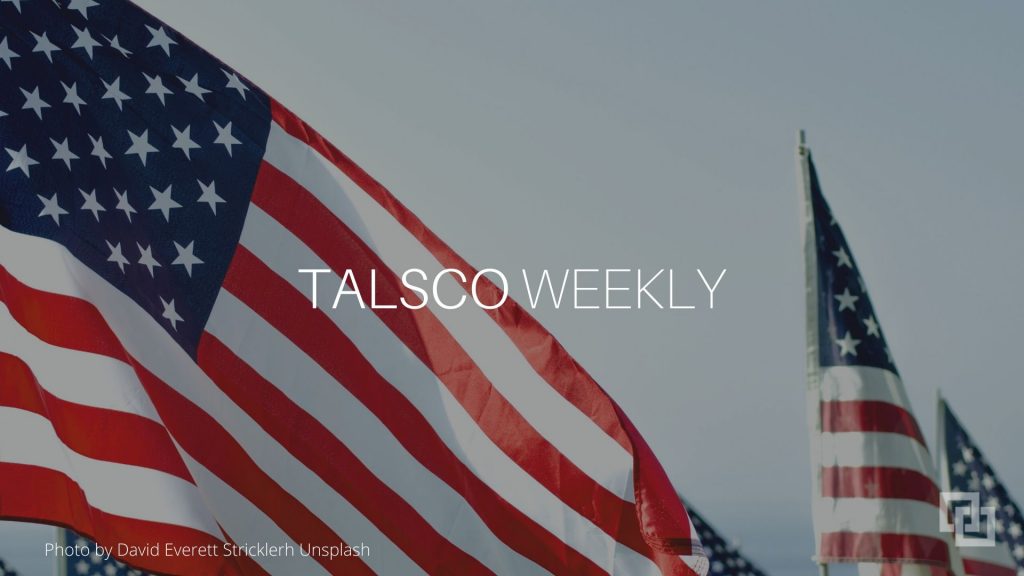 Welcome to another edition of Talsco Weekly.

Testing and Automation Software for IBM i

As the IBM i community transitions away from monolithic style application development to more modern applications built using microservices there is a need for software tools that can help.  “ARCAD Software, an international leader in DevOps and Modernization solutions, announced new advanced functionality to automate the creation, execution, and management of Unit Tests on IBM i.”

One has to wonder, what really is a supercomputer used for?  Is it a playground for the future? It’s fun to see the tech firms push each other in this arena.

To clarify: “To be in the top five of supercomputers, a machine would currently have to reach more than 23,000 teraflops per second.  It’s also worth noting that the No. 1 machine, the IBM Power System-based Summit, reaches over 148,000 teraflops”.

Check out, IBM Summit and Serria, the most powerful supercomputers on the planet here.

With an AI push, IBM is looking at cognitive clouds

Watson is a work in progress. “IBM announced that it shall be rolling out an AIOps product at its Think Digital Conference. The product is expected to help CIOs plan better as IBM’s flagship AI, Watson, caters to anomalies in the process and deals with outages.”

Think 2020 was important for a couple of reasons.

It was a chance to see the new CEO as well as for IBM to give the “important announcements in hybrid cloud, edge computing, and artificial intelligence (AI).”  The theme of the event was showing off the POWER of IBM  “in open-source software and in hybrid, multi-cloud, and mission-critical operations were dominant themes throughout, revealing bolder positioning from IBM.”

If you are in the market to get a memory boost for your IBM i, “IBM has created a pair of Request for Price Quote (RPQ) deals.” There are a couple of sets of deals, “which are aimed at memory and NVM-Express flashcards used in Power Systems. Here are the details on the Double Up Memory RPQs

Update to using Node.js on the IBM i

Are you using Node.js?  Even if you are not, here is a helpful article covering “the ‘nodever’ tool. This handy script provided an easy way to select which version of Node.js would be used globally on the system.”

Getting Started with Git

While not every RPG Developer is using Git it is starting to become more important.  If nothing else here is a quick Hello World tutorial to get started.

An easy way to obtain IBMiUnit.

History shows firing workers during an economic crisis is a mistake

In times like this, it takes great leadership. Not just at the top of an organization but all throughout.

IBM was in it’s early days during The Great Depression. Thomas Watson did what most would have thought was crazy. But, he had a vision of what was to be needed.   He forged ahead with investing resulting in one of the best decisions he ever made.

Watson’s recipe for success: one part daring; one part luck; and one part hard work to be ready when the luck kicked in.

The result:  This fueled IBM’s growth for the next 45 years.

Digital transformation: Why this is a smart time to speed up

Just like IBM did during the 1930’s, smart organizations today are taking advantage of the current market forces because they know

This is the best time to drive change, and organizations should consider increasing the pace.

While some might think it’s time to pause, others realize this is the time to forge ahead.

This article touches on an important characteristic.  Empathy.

It is a story about an organization that has been able to successfully transform by rewriting the DNA of the company.

We think of IT as a business focused on making a difference in people’s lives through digital solutions. So, in every decision we make, we ask the fundamental question, “How do we leverage technology to make a difference in the lives of our internal and external customers?” At the end of the day, it is “It’s not about technology or projects. It’s about how do we rewrite the DNA, to be grounded in the fundamentals of customer obsession, a relentless focus on business value, and the holistic wellbeing of our team members.

The Headaches of ERP Systems’ Modernisation

There are some key points to understand when looking at ERP Modernization. Here are some of them:

successful ERP modernization or simply implementation is often the difference between a company succeeding or falling behind more digitally advanced competitors.

Business change is an inevitable part of the corporate lifecycle, but it can also be daunting, and there are certain barriers -whether it is a lack of internal unity or a hesitancy to innovate- which hold back ERP implementation.

Technical debt caused by short-term decision making is holding back enterprises in the long run.

Business agility has never been more important than it is today.  There is an advantage to modernizing your ERP system. It will buy you time and allow you to innovate.

By modernizing ERP, IT teams can focus explicitly on the initial implementation process before enabling management to third parties. This frees up internal IT teams to focus more on innovation.

Welcome to the Digital Factory: The answer to how to scale your digital transformation

Why is this here?

Because far too many executives or developers think this is impossible.

a Digital Factory in action—a model for running a digital transformation where dedicated teams of people work on change-the-business programs alongside existing run-the-business functions.

What is a Digital Factory?

A Digital Factory is the “construction site” where change happens. It comprises dedicated, cross-functional teams that work together on change-the-business programs.

For a Digital Factory (DF) to be implemented, they need to be embedded in the organization.  This article offers a framework to help create a DF for your organization.